The BGLA committee meets once a month after Kaffee und Kuchen in Tanunda. Our current committee members have various connections to German and the Barossa and contribute to organising events and groups and represent the Barossa German Language Association. 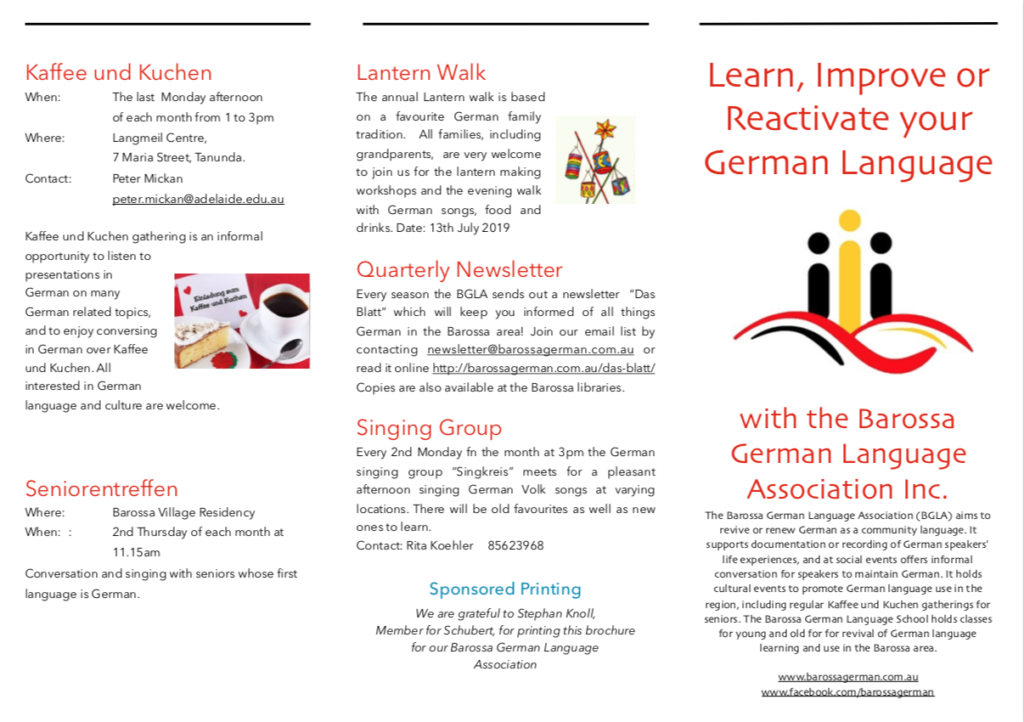